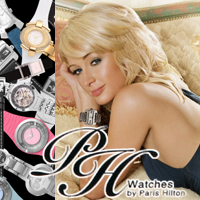 Though her career started in modeling, Paris can be seen on both the big and small screen. Paris's career continues to evolve with exciting and challenging projects. She has already published her first book "Confessions of an Heiress: A Tongue-in-Chic Peek Behind the Pose" and continues to be the face of Guess?.